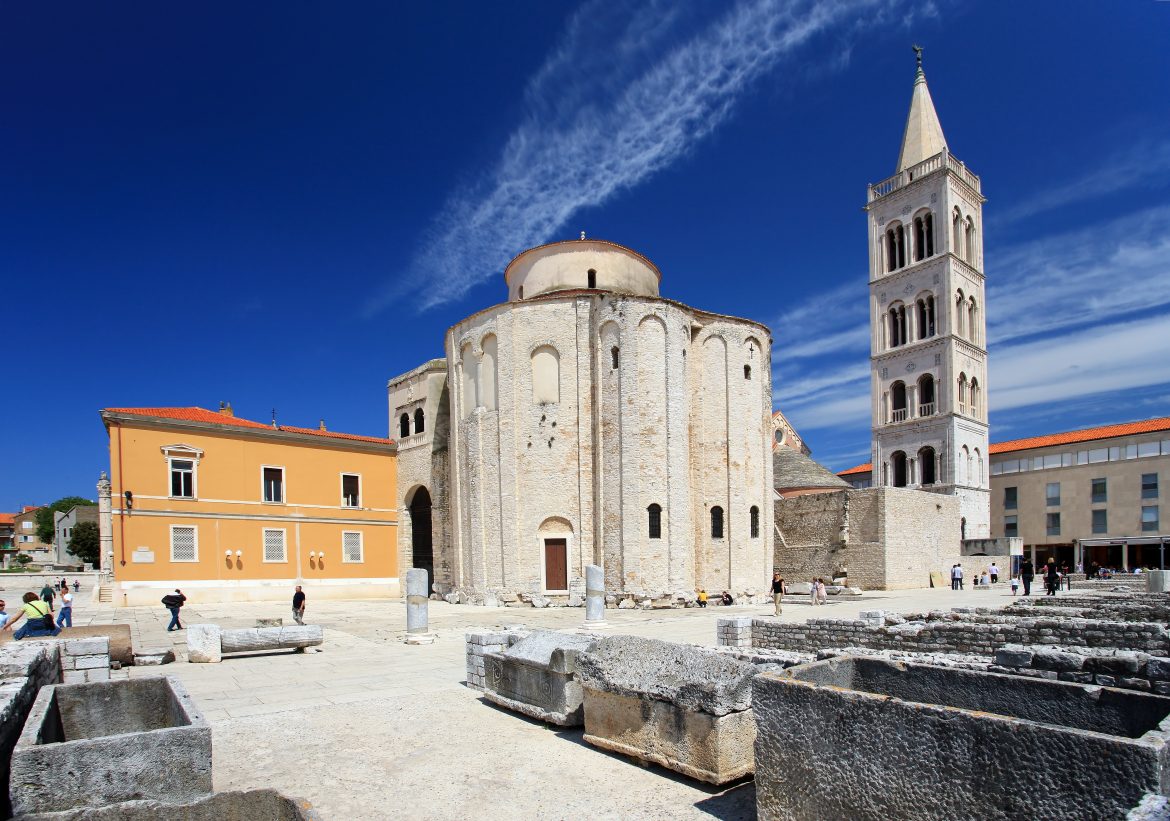 The greatest value of this region emerges from the fact that it is a coastal and insular region, and that nature in this part of the Adriatic was especially generous. The climatic characteristics are very favorable. The typical Mediterranean climate is dominated by mild winters and hot summers with minimal precipitation.

The Zadar region can be reached by land, sea and air. A small but modern airport is located at only 12 km distance from Zadar. A new cruiser tourist port is on the peninsula (old city) while the passenger and ferry boat line are located in Gaženica.

Two lovely nature parks are located nearby: Telašćica which can be reached through organized boat excursions and Vrana Lake, the biggest natural lake in Croatia which is approximately at 30 km distance from Zadar.

An excursion on Zrmanja River is recommended to adventure lovers where they can enjoy in canoeing and rafting.

The unforgettable experience of visiting the 3000-year-old city of Zadar and the oldest crown city of Nin is for those keen on history, archeology and cultural heritage.