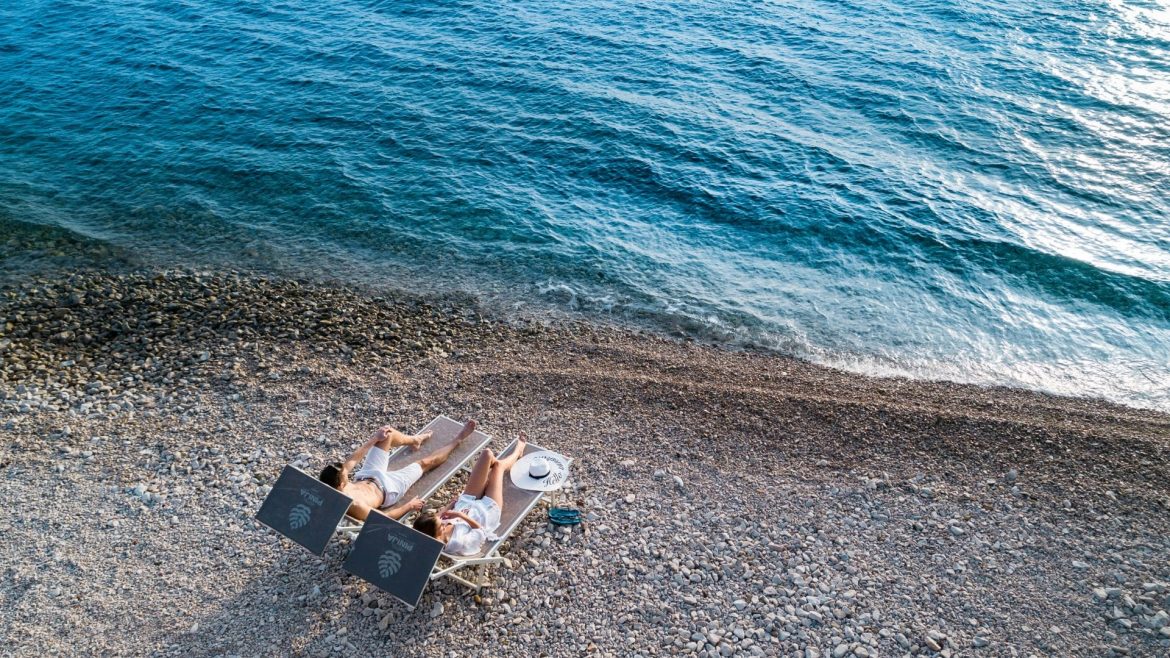 Crystal clear sea and sun rays caressing your skin as you relax on a beach… the beach may be sandy, rocky, pebbly, concrete, untouched or with a number of services and activities available, because that’s exactly how diverse beaches near Zadar are. Take a look at a few popular choices and pick your favourite:

Take in the refreshing scent of pine trees as you lie on a lounger in the cool shade by the sea. Punta Radman beach in Petrčane, just outside Zadar, represents everything the Adriatic coast is famous for: crystal clear water, beach parts to everyone’s taste and available amenities for a great time. So, pick a favourite rock or a spot on the pebbly part of the beach, find refreshment by going for a swim or having a drink in the nearby bar, as your children play in the playground or the inflatable water park.

Sea, sun and sand, as far as the eye can see! Three kilometer long beach in Nin, ancient Croatian town just 15 km from Zadar, was once a favourite choice of the wife of the first Croatian king Tomislav, according to a legend. It is an example of an untouched beach with the exceptional view of Velebit mountain and is also famous for healing mud found nearby. Since it has a large stretch of shallow water, the beach is a particular favourite for families with children. It is also also a great spot to do some (kite) surfing or boarding due to favorable winds.

Blue is the sky above, clear sea and the flag flying on Dražica beach in Biograd na Moru, a historical Croatian town, just half an hour drive south from Zadar. The pebbly, family-oriented beach, offers plenty of shade under pine trees and a variety of services: from water fun such as jet ski, water skiing, parasailing, diving, inflatable water park, water slides and pedal boat with slides to playgrounds and sport courts as well as restaurants and snack bars on the shore.

Paint your holiday with the most intense colours of nature! See the turquoise sea, dark green pine trees, white pebbles and sand on Sakarun beach on the northwestern part of Dugi Otok. The extensive beach has a large stretch of shallow water, where families can enjoy great time in breathtaking nature. It takes   roughly two hours to reach it from Zadar.

Are you ready to party? Then is Zrće beach, not far from Novalja on Pag island, your place to be. The pebbly beach with many available fun activities such as jet ski, parasailing and bungee jumping, is one of the most popular party destinations in Croatia.

Be it a secluded, untouched beach in a hidden cove. Or a beach full of exciting activities and services for a great day on the beach. Choose the best for you near Zadar and dive in the crystal clear water for the best possible summer refreshment!